Understanding how Twitter works is essential for anyone who wants to promote their business, event, group or themselves. Here are my top ten essentials – the ten laws – that I think that you need to know about Twitter:

When someone tells me that they don’t “get” Twitter, I ask them how many people they’re following… and the answer is always less than 50 people. To get to grips with Twitter effectively, you need to follow more.

Spend an hour finding 100 additional accounts to follow, including local, national and international tweeters (a big retail brand probably won’t follow you back; your local curry house or deli might). You don’t have to be friends with or know the people that you follow on Twitter; following simply means that you’re subscribing to a feed of their tweets. Feel free to follow whoever you like, and to unfollow them – but also remember not to take offence if they don’t follow, or unfollow, you.

Look at the ‘following’ lists of others for inspiration. My personal awesomes list includes some of the Twitter accounts that I enjoy following. My list includes writers; journalists; people I know; people who I don’t know but find interesting; marketing resources and music. I also follow a list of marketing agencies in the West Midlands.

One of the most difficult challenges faced by new Twitter users is the cultural adjustment if they’re regular Facebook users. Facebook and Twitter are completely different platforms, with different user demographics, etiquettes and architectures. For instance, the life of a Tweet can be very brief, appearing in a user’s timeline for seconds, whereas a Facebook status update can hang around for a couple of days. Never, ever duplicate posts to both Facebook and Twitter for business purposes – the two platforms’ audiences and messaging styles are completely different.

Twitter is social media and being sociable involves listening as well as speaking. I don’t think it’s necessary or desirable to follow back every person that follows you, just as you wouldn’t strike up an acquaintance with everyone you meet in real life – however I think it’s wise to follow back people who share your interests, profession, industry sector or expertise to begin to extend your Twitter network. Following back those who follow you not only increases the likelihood of them continuing to follow you in future, but also hugely improves your Twitter experience by adding variety and new sources to your home Twitter feed. Feel free to unfollow them later if they tweet something boring or offensive.

There are a number of tools available to manage your Twitter following; a sophisticated tool like ManageFlitter will enable you to analyse and follow/unfollow those who do or don’t follow you back. I personally like the simplicity of Tweepsect, which gives you a quick snapshot of your (or any other Twitter user’s) account.

In order to extend the reach and life of your tweets, you need to aim to construct tweets that are easy to retweet. In general, shorter tweets are more frequently retweeted than longer ones, so watch your character limit. Shorter tweets can allow others to quote your tweet and add their own comments. People generally appreciate tweets with additional content, such as images or links, but avoid the excessive use of hashtags.

A 2012 study “Who Gives A Tweet? Evaluating Microblog Content Value” by researchers from MIT (amongst others) found that informative tweets were the most likely to be retweeted – so if you have some great information about your service/product/industry, pass it on. They found that self-promotional tweets are fine too – your Twitter following may well help you out if you ask them to RT your event, job vacancy or new product launch.

You can receive Direct Messages (DMs) from accounts that you mutually follow. Unfortunately these are a magnet for spammers, who try to compromise genuine accounts and use them to send out spam DMs, such as “Hey! I found this picture of you” or “You won’t believe what people are saying about you.”

Oxford academic Dorothy Bishop nicknamed these “Drink me” Tweets, after the talking bottles in Lewis Carroll’s Alice in Wonderland. Resist clicking on these links – they are spam tweets, which can take over your account, sending the “Drink me” DM to all of your contacts – a reputational disaster if you’re running a business Twitter account.

Use a picture for your avatar and fill out your Twitter bio, including your full name and location.

7) Use the mobile app

Twitter works best on a mobile, as tweets work best when they’re timely, tapping into trending topics or relating to current news and events. If you’re new to Twitter and haven’t done so already, you should (if you have a smartphone or tablet) download and start using the Twitter app – it will vastly improve your Twitter experience.

One of the most frequent criticisms that I hear about Twitter from new users is that they “don’t know what to tweet.” If you can write a text message on a mobile phone, you can write a tweet. Don’t be self-conscious, and do appreciate that there is a learning curve to Twitter – once you’ve got past your first 100 tweets, you’ll instinctively know what to tweet about.

8) Work on gaining Klout and Kred, not followers

Influence is way more important than your follower count – so interact. Social media is exactly that; be sociable and join in conversations and retweet others’ posts.

Your quantity of followers isn’t as important as your influence – what’s the point in having 3,000 followers if they don’t listen to what you say? Influence can be measured by the ways in which your followers interact with you, via responses, mentions and retweets. There are tools that can help you to measure you influence, such as Klout and Kred and these can be used for personal accounts as well as brands.

People who are interested are interesting – so share your Instagram photos, Vines, web content or even just links to book reviews, film trailers or news stories to help you connect with your audience and build a following. It is essential that businesses do this too, tweeting about their wider industry, news, products and ideas rather than just corporate messaging.

Never, ever buy fake followers. There are lots of tools that can analyse an account’s Twitter following to create an estimate of how many of their followers are fake, such as StatusPeople’s Fake Follower Check. If you have been maliciously assigned fake followers in an attempt to undermine your account, delete them immediately. There is absolutely no benefit to your product or brand in artificially boosting your following with fake robotic followers. They won’t interact with or retweet you, and they significantly undermine your credibility if it is exposed that you have purchased fake followers. If you would like professional help in growing your Twitter following organically using a great social media strategy, please contact me. 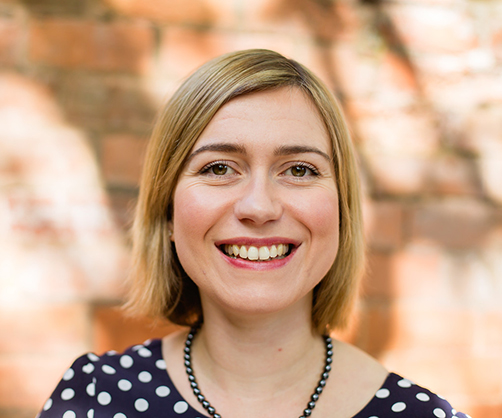